FRED CORREIA (MY DAD) SOON TO BE TV IDOL 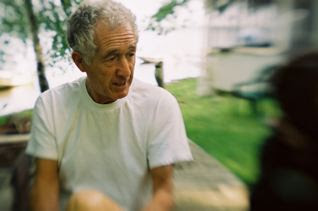 I’m back from a two-week tour, opening for singer/songwriter Marc Cohn. We went from Fall River, MA to NYC to Philly and Annapolis, MD. I took a bunch of orders for the new album along the way and was really excited to be out there playing again. I mostly played songs that will be on the new album. Now I’m home and working on a few dates (shows) before I get on a plane and head to Los Angeles in about two weeks. A couple days ago I received the “deal memo” (producer agreement) between myself and Paul Bryan: Send lawyers, guns and money! I’m also nailing down the real number of what I need to pull this project off. From soup to nuts. My goal is to do an initial run of CDS so I’m including costs of production as well as “manufacturing and distribution,” which ultimately means the cost of everything up to envelopes and stamps.

Last week CBS Sunday Morning News filmed a live show at the Rockwood Music Hall in NYC as part of a feature they are doing on “fan funded” albums. On Monday, Anthony Mason, the host, will come to Lakeville, MA (where I grew up) to interview me and my dad and show me riding around on “the bike.” I’m really excited to show off my Dad’s barbershop because my dad has had his shop for about 50 years. It’s an interesting place. My dad is helping me with this new album project by allowing me the use of his shop as a “clearing house” of sorts. Checks are being sent there because I’m on the road and moving around. If you haven’t heard a thank you from me about your check that was sent to my Dad’s shop in the last week or so, it’s because they haven’t been opened so we can open some on the air. I will write to you Tuesday to let you know I received your check and thank you. And thank you to everyone who’s sending payments online via Paypal. If you don’t have a paypal account, you can still go there and pay securely with a credit card. I’m tired, but I’m so grateful to everyone for helping me make this album. I’m looking forward to diving into the music again soon.