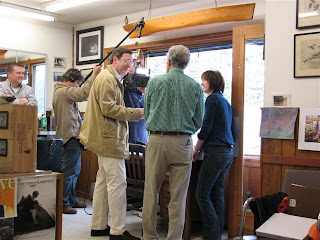 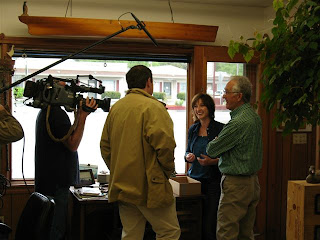 I think I got more exercise today riding “the bike” (the $10,000.00 one) all over Lakeville, MA than I’ve had in the last two weeks combined. The CBS crew filmed me going over bridges, through a cemetery, up and down a road between two lakes, down Nelson’s Grove where my grandmother used to live. Then up and down the street where I grew up. It was a blast and nothing a little Ben Gay won’t cure. The story on Jill Sobule and me as people who are making albums with the help of their fans will likely air June 7th, 9am eastern.

I’m four weeks into this drive and have about five weeks left til I record June 28th.
A lot of things are coming together. My fans and friends are getting behind this and giving it power. It’s kind of amazing to me that this is really working. I don’t know where it all will GO. I know I’m making an album for all of you who care about it. And that’s far enough for now.